How Many People Become a Disciple? 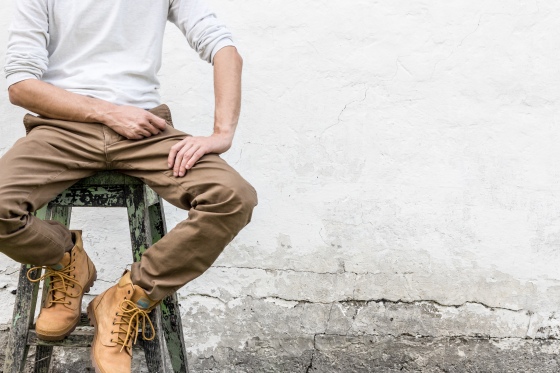 After church last Sunday, I was casually talking to three 20- and 30-somethings and the subject of my work of making disciples came up. One of them asked, “How many people ‘complete’ their disciple training?” I was much more interested in the heart of his question than the accuracy of his terminology. And what a good question it was!

My answer used an example from a few years previous. A single’s pastor was giving a sermon on being single (makes sense). He had given me a heads up that he would be mentioning me during his message.

While most of the sermon was about younger people “learning to wait on God” for a spouse, he also mentioned those of us who are single again. For me, that’s through the death of my wife. He pointed out that I took the extra time that I now had (after grieving) and was investing in the lives of a number of men in his single’s group.

When the sermon ended, I was approached by nine men who wanted to know if I would mentor them (the pastor did use that term). I’m aware that there were a couple other guys standing on the outside of the little cluster of inquirers. Those men simply walked away without talking with me. Perhaps they had to leave; maybe they thought there wouldn’t be room for them once everyone else got on my calendar.

I first point is that some gave up trying to get help before they even asked for it. Many people know that they need help, any sort of help. They might even know where to find that help. But they make assumptions about the availability of that help based on external circumstances. And when they do that, they are sure not to get the help they need.

As the nine men who were close enough asked about mentoring, I pulled out my cellphone and opened my calendar. Anyone standing nearby can see that my calendar is full of red and green appointments (red for meetings, green for prayer time, and blue is near the bottom telling me to take out the trash or go to bed early!).

My second point is that half the men who got close enough to ask assumed a negative response before they gave me a chance to respond. What is it that would cause a man to feel the need for help and then walk away without it? (Probably many things.)

The final part of my story that Sunday was that I made appointments to meet with four men. And after the first meetings, I went down to only one – and I was still meeting with that one man. So there’s the answer that Josue was looking for – ten percent complete the “training.”

The dropout rate is daunting. You invest your life in someone, hoping that they will reach the level of maturity the Bible points toward. For a plethora of reasons, they don’t. Yet we find a command to do what is so hard to accomplish; to make disciples of ALL the nations (Matthew 28:19, 20). It can be easy to throw up your hands and say, “Am least I made it into the kingdom. Maybe I’ll kick back and do something easier.”

But the question we must ask ourselves is, “What will you do that can result in Jesus saying, ‘Well done, good and faithful servant. Enter into My rest.” Rest! It comes after the hard work. Work! It’s what Jesus called labor.

Posted by discipling4life on January 2, 2020 in Uncategorized.