Praying about a Relationship doesn’t Help without This! 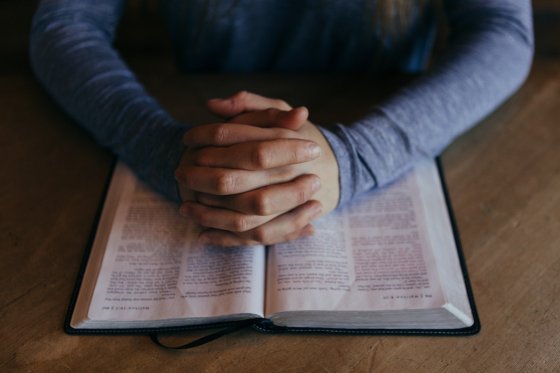 One of the guys I mentor has been going out with a pretty sweet gal. But then life got in the way. At my encouragement, he divulged to her some personal struggles that he was facing over the past year. She did not take it very well. And like many relationships, once there is one hole in the dike, more tend to appear.

She couldn’t figure out why he wouldn’t just fix the problem. One way she responded was to spend more time at his apartment. He then revealed that he needed some space; he wasn’t comfortable spending every free moment sitting with her. Yes, she needed reassurance in their relationship, but he needed some time to process.

Like many relationships, this one seemed headed toward failure. In desperation, she decided to go home to her family for a couple of weeks. They agreed that while physically apart, they would each pray about where they were going together. While that sounds good, it’s actually a bad idea.

Nope, I’m not against prayer. I think that prayer is significant in many ways. The Bible says we should pray about everything at all times. Just not this way.

Whether someone is married or single, when relationships hit hard times, the idea of separating for a time of prayer and reflection sounds good. What exactly would you be asking God to do when you pray?

For the other person to change? For you to be more understanding? How exactly will either of these happen?

I encouraged my friend to set up some phone calls to begin talking about the differences between him and his girlfriend. But more importantly, to start digging down to learn why he is the way that he is, and why she is the way that she is.

That takes talking to each other. Hearing both sides. Seeking to not only understand but also to help the other person grow while you grow yourself.

This type of self-examination together can be very scary. What if she doesn’t like who I really am? Why do I feel so passionate about something? Does the other person need to adopt my passion? Can I love her without owning her passion? What might happen if my passion is misplaced? Is my identity tied up in a particular passion?

For a relationship to grow strong, both people need to understand themselves and the other person. And we can’t assign a value to the other person’s traits. His love of the outdoors isn’t a rejection of your desire to cuddle on the couch. It’s not wrong; it’s different.

When you begin to have difficulties in your relationship, take the time to think about why you’re reacting the way you do. Why does your partner feel or think the way they do? How do those differences actually complement you as a couple?

By all means, pray about your relationship. Yet, spend at least as much time talking to each other as you do praying. And talk about the hard things, not just the casual things that are safe. If you’re headed toward marriage, you must tackle these issues. You can do it now or later, but they won’t just go away on a wing and a prayer.

Image by Free-Photos from Pixabay

Posted by discipling4life on May 13, 2020 in Uncategorized.