Are We All Called to Be Evangelists? 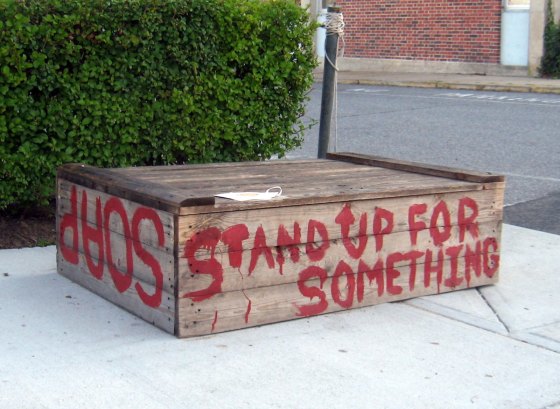 This will be the first in a short series on Evangelism and Witnessing.

Recently among a group of college students (all who claim to be followers of Jesus), a discussion broke out. One of them confidently said, “We all need to be evangelists.” A few heads nodded. Then someone disagreed. Sides formed – for and against.

Is there truth to the statement that we all need to be evangelists? I’ll join that fray and express my opinion, which I believe will be grounded in Scripture. So, let’s start there.

The word evangelist appears in most New Testaments only three times. Twice, the writer is speaking of a specific person. Philip is referred to as an evangelist in Acts 21:8. And Timothy is told by Paul to “do the work of an evangelist” in 2 Timothy 4:5.

Those are quite specific references, and I think we can all agree that it would not be a good Bible study application to make these citations into broad commands to the Body of Christ. In both these cases, the work of an evangelist set these two men apart from other believers.

Isn’t it interesting that the verse in Acts is referring to Philip, who welcomed the missionaries, Paul and Luke, into his home as an evangelist? At no time was either Paul or Luke given such a title. Paul is usually referred to as an apostle, and Luke as his co-worker, but never as evangelists. Yet, there’s a probability that no one preached the gospel to more people in the first century than Paul.

That brings me to my first point. Thayer’s Greek Lexicon describes the Greek word εὐαγγελιστής (euaggelistēs) as the name, “given in the New Testament to those heralds of salvation through Christ who are not apostles.”

We find apostles and evangelists mentioned together in Ephesians 4:11 and 12. There, Paul writes, “And He gave some as apostles, and some as prophets, and some as evangelists, and some as pastors and teachers, for the equipping of the saints for the work of service, to the building up of the body of Christ” (NASB).

My second point will be made as we look closely at this verse from Ephesians. Note that the verse says that “some” of the people mentioned were given by God. In the common Greek of the first century, “some” was not a separate word but part of the noun (apostle, prophets, evangelist). The King James Version, New American Standard Bible, New Century Version, New English Translation, New Revised Standard Version, and World English Bible all use the word “some.” In the English Standard Version and New International Version, the translators opted to use the word “the” instead of “some.”

But here’s my point. Whether you say “the” or “some” evangelists, it’s pretty clear that these people were not everyone in the local church. As a matter of fact, all of these apostles, evangelists, and teachers were given by God to “equip the saints.” The majority of the Body of Christ is not functioning in one of these four or five roles. The majority is being equipped by the minority.

These are the three places where the word evangelist occurs. None of these are telling the “average Joe Christian” to be an evangelist. Just like no verse tells every Christian to be a pastor or a teacher.

Based on the three uses of the word evangelist in the New Testament and my two discussion points, I would strongly contend that we are not all called to be evangelists.

Let’s stop trying to make other people experts in the gift that God may have given us. Let’s enjoy our diversity as given to us by God and help one another function well in the gift that the Holy Spirit decided each of us to individually have.

In my next post, I will discuss whether my conclusion that we are not all called to be evangelists relieves us from telling others about our faith in Jesus.

Posted by discipling4life on February 19, 2020 in Uncategorized.