A Movement of Disciple-Makers 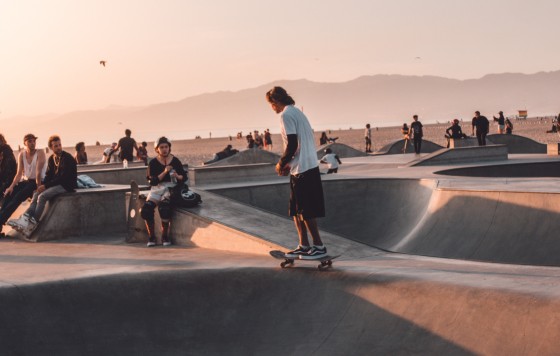 Truth be told, I’ve always been skeptical when I have read about movements in the past. I concerned the movements of the past to by “organic” in nature. By organic, I mean that it happened with or without me (or someone else). After attending an evangelism conference at Wheaton College and hearing Ed Stetzer talk briefly on that, my attitude is changing a bit. I am beginning to embrace not only the idea, but the role that I may play in seeing a movement happen. That makes sense now that I’ve moved into a role that is dependent on movement.

When I got back from Wheaton, I began to read a book titled The Rise and Fall of Movements (Kindle was offering it at a reduced price!). While I haven’t embraced everything that the author wrote, his thoughts on movements has helped me think through my approach to developing disciple-making cultures in San Antonio, Indianapolis, and Salt Lake City.

Here’s a key thought that is presented in the Introduction:

“A ministry mindset focuses on what we’re doing (our worship services, our youth ministry, our online presence, our community ministry), whereas a movement mindset is all about releasing authority and responsibility to the newest disciples who make disciple.”

As the Navigator staff overseeing Nav20s activities in three cities, there’s no way I can approach things from a my ministry mindset. Every Nav20s full-time staff is interested in seeing men and women make disciple in their own context. This requires less structure and control – and that means things look quite different from a military ministry (which I came out of) or a college ministry (which can feed into our Nav20s work).

As emerging adults in their 20s begin work life, whether coming from college, trade school, or even high school, they also begin to develop in personal ministry that extends far beyond a Nav weekly or monthly event. They choose (thankfully) to go to churches located across the city. They get involved in small groups (thankfully) within those churches. But some begin small groups of their own outside the “authority and responsibility” of the church.

Let me add that things can get messy as emerging adults try out new ideas. Just yesterday, I spoke with someone who was already having problems in the small group he started. With the “ministry mindset,” my role would be to dig him out of trouble. With the “movement mindset,” my role is to help him think through what he should do, both currently and in the future.

Churches can have the luxury of developing specific curriculum, training specific leaders, specifying specific meeting nights. There’s a lot of control that they exercise in their “organic” growth. Ed Stezter would say that there’s a careful balance between being intentional in outreach and being serendipitous (a word that has been hanging around since the 60s or 70s).

A movement loses that kind of control; either on purpose, by attrition, or, in the worst-case scenario, by revolution. I would prefer a purposeful move toward the growth of disciple-making cultures in the places that I can directly influence.

As a result of allowing movement to overshadow ministry, I’m getting to see a growing number of disciples who are beginning to make disciples in their own contexts. It would be easier to have a group that meets in one place at one time. But seeing disciples freed up to reach neighbors, co-workers or others is worth the effort.

Photo by Gustav Lundborg from Pexels

Posted by discipling4life on July 4, 2019 in Uncategorized.