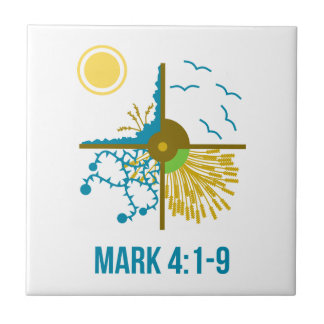 Yesterday, during a conversation with one of my sons, he mentioned that he had been shown an illustration using a passage from Mark chapter four about the four soils. He had recently begun meeting with another man for discipling and was considering showing him the illustration he had just learned. I advised against using this illustration at this time, and this blog gives some reasons why.

The “parable of the sower,” as several Bible versions title this parable, can be found in both Mark 4 and Matthew 13. For some reason, there is a tendency to use the Mark 4 passage rather than Matthew (I believe I understand why). In the Mark passage (verses 1-20), one thing Jesus says is that this parable is key to understanding “all the parables” (verse 13, all quoted references are from the NASB).

Verses 14-20 go on to explain the meaning of the parable to the disciples, and many people have identified the “three S’s” of the passage: sower, seed, and soil. In many of the popular illustrations, very little is said about the sower or the sower’s tendency to sow seed on any type of the four soils mentioned. Very little is also said about the seed, with the assumption that the seed is the gospel. The vast bulk of the conversation will revolve around the four types of soil and the result of the seed being in each of those types. The fourth soil is highlighted because of its productivity; bearing “fruit, thirty, sixty, and a hundredfold” (verse 20).

In the illustration, the four soils are indicated in four quadrants, and the majority of the discussion will revolve around which soil the person being shown the illustration is currently in, and perhaps, what he might do to improve his soil in order to near more fruit. This sounds like a great illustration to move a man towards being serious about being spiritually productive.

However, if we look at the sister passage in Matthew, we may begin to get a slightly different understanding of what Jesus was communicating to the Twelve when he explained what he had said to the crowd by the sea (verse 1 in Mark, verses 1 and 2 in Matthew).

In Matthew, the disciples actually ask Jesus why he is speaking in parables and Jesus gives a reason and an explanation. In Mark, Jesus explains it without any query by the disciples. The explanations both focus on the English word “understand.” In Mark, this word occurs three times in two side-by-side verses (12 and 13); however all three words are a different Greek word (syniēmi in verse 12, and oida and ginōskō in verse 13). Because the word “understand” only appears three times in the Mark passage, it may be easy to focus on another concept from within the parable (however, notice that the word “soil” also only appears three times in both the Matthew and Mark renditions).

The explanation given in Matthew should, however, point the reader to a broader concept that the casual illustration seems to be missing. (Remember that almost all biblical scholars believe Mark was the first Gospel written, and Matthew used Mark and other sources to write his Gospel, and he often expounds on what Mark mentions briefly.) In Matthew 13:11, Jesus says, “To you has been granted to know the mysteries of the kingdom of heaven, but to them it has not been granted.”

Immediately after Jesus says this, he quotes a passage from Isaiah, not found in the Mark account, that brings our focus on “the heart of this people” (verse 14). Notice that Jesus says the seed is sown in the heart (verse 19). Jesus is addressing a condition of the heart, both for the Jews in Isaiah’s time, and the hearers of the parable in his time. It is the hard heart that allows the seed to be snatched away (verse 19). However, Jesus implies that the disciples have a right heart when he says, “Blessed are your eyes, because they see; and your ears because they hear” (verse 16). Jesus is identifying the disciples as already being in the fourth soil! Because God granted them the ability to know and understand!

The Matthew parable passage only uses one Greek word for understand, “syniēmi,” (verses 13, 14, 15, 19 and 23). More importantly, we miss another time Jesus uses that same word because it is at the end of this teaching module (verse 51). Jesus asks the disciples, “Have you understood all these things?” and they reply, “Yes.”

Here’s my key thought: The result of God granting the disciples the ability to not only hear but also understand, results in “an abundance” (Matthew 13:12), and the parable paints this abundance as bearing fruit “some a hundredfold, some, sixty, and some thirty” (verse 23).

In the popular illustration being used today, what is communicated is that the person seeing the illustration needs to improve his soil from either compacted soil (the road), shallowness, or infested with weeds (Mark 4:19) which all lead to unfruitfulness, and become “good soil.” The emphasis is on what the person can do to be fruitful.

In the Matthew passage, fruitfulness is a result of God granting the person the ability to understand. This puts the emphasis on the work of God in the believer’s life, rather than the work of the believer.

This is not to say that the believer has no role, no application, no struggle in developing fruit in his life. However, one must ask the hard question, “If I’m being choked out by weeds, has God granted me the knowledge and understanding that Jesus talks about in Matthew?”

The first step in becoming fruit producing good soil then, is pleading with God in his mercy and grace to grant us hearing ears and seeing eyes. Only when God begins the work, can we see the resultant fruit, and that in abundance.

When God grants us understanding with our heart, we respond by returning to him (repentance) and he heals us (can we read into this that God improves the soil?) (Matthew 13:15). That healing leads toward abundance (verse 12); thirty, sixty, and a hundredfold.

Don’t be like the Pharisees and lay a heavy burden on your disciple that you yourself were/are not able to bear. Use the parable of the sower to show your disciple how God makes him fruitful when he sees the understands the kingdom of God.

Posted by discipling4life on February 20, 2018 in Uncategorized.